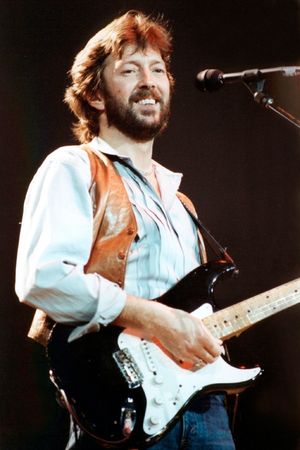 How does one incorporate emotional, powerful lyrics into their music? How does one transition from being purely an instrumentalist to becoming a singer-songwriter as well? Below, you can read about Eric Clapton's emotional process during the creation of his album, Pilgrim.

The following interview was posted online on Guitar World by Brad Tolinski on November 29th, 2011.

GUITAR WORLD: Your new album is called Pilgrim. What significance does that word hold for you?

ERIC CLAPTON: I think everybody has their own way of looking at their lives as some kind of pilgrimage. Some people will see their role as a pilgrim in terms of setting up a fine family, or establishing a business inheritance. Everyone's got their own definition. Mine, I suppose, is to know myself. That's probably as close as I can get to it -- my goal is to really come to identify who I am to myself.

The album represents a breakthrough for you in terms of songwriting. It's been almost a decade since you've even come close to being this prolific. Was composing the songs on this album important to your process of self-discovery?

Absolutely. As you've observed, my normal output is usually much less than this. Actually, that used to be the way I wanted it. I would always want no more than two or three of my songs on an album because I just didn't want to reveal myself.

It wasn't cowardice -- or maybe it was. Maybe it was a mixture of cowardice and insecurity, or just low self-esteem. In the past I would think, "What have I got to say that's any better than, say, [songwriter] Jerry Williams?" Or whoever else was contributing songs to my albums. But on Pilgrim, I started developing a really healthy respect for my own talent.

Who or what was responsible for this dramatic change?

It was primarily due to working with [keyboardist and Pilgrim co-producer] Simon Climie, who was very encouraging and very supportive. I could always rely on him to be an objective sounding board. He gave me confidence, and then once he brought it out there was no stopping me. I could've carried on writing, but we'd actually ended up with more than we needed. We went in with virtually nothing, so the great thing was that it evolved and got written as we went along.

In the past, you've been content to let your guitar do the talking. I get the feeling that, these days, that just isn't enough for you . That you want to take the same kinds of chances with your songwriting and singing that are usually associated with your playing.

You're right. I originally set a wide-open boundary on this record, and once I knew that I'd stepped over the time limit and we were kind of numb, I thought, "Now that we've taken this chance, we might as well go for broke and just get everything as far out as possible."

I just feel like I've become a little more whole in terms of how I see myself as a singer-songwriter-musician. There is a better balance now among the components than there was before. I remember when I thought of singing as the bit that went between the guitar playing-something I couldn't wait to get out of the way. Singing was originally like a chore that I didn't really enjoy.

Now all of the components are completely integrated, equally important and really dependent on one another. I now enjoy singing as much as the guitar playing, if not more sometimes.

And the lyrics, too, I imagine.

Absolutely -- the writing, too.

This is going to sound a tad pretentious, but would you say that the artist has an obligation to reveal himself -- to bare his soul?

I can only speak for myself, but I believe it is my responsibility to do so. But to do so with care, as well.

Responsibility to whom? To yourself or to your audience?.

I've kind of learned to embrace that responsibility, and it makes me work harder. Instead of just chucking out the first thing that comes to mind or the first thing I feel, I really examine it much more now and go over it and think about cause and effect.

Is the process joyful or something painful?

Joyful, but in an odd way. When I first conceived this album, I told anybody who was going to get involved that my goal was to make the saddest record that's ever been made. It was like, "Are you with me, man and boy?" A couple of people responded by looking at me like I was insane. That this was not a good ambition. [laughs]

The first person who totally understood where I was coming from was [noted session drummer] Steve Gadd, who said, "Yes! I get the point!" He understood that what I was trying to do was set something up that I could enjoy, because my enlightenment has come from true sadness. When I hear very sad records, I don't get depressed. I feel an affinity and I feel relief. The first thing I get is a sense of, " I am not alone. Thank God! I'm not alone."

How difficult was it to take previously private feelings about specific tragedies in your life and express them artistically?

It was difficult. For instance, the first draft of "My Father's Eyes" came out sounding pretty petulant. The lyrics were too angry and childish. Where the art and craft came in was in being able to shape the anger into something people could empathize with. It wouldn't work for me to just kind of sulk in the song, because it wouldn't have communicated. Instead of feeling an affinity, people would've been repelled.

So I felt the way to make "My Father's Eyes" into a sharing experience was to give it dignity, so that it would make it easy for someone else to identify with. That's where the craft comes in. It's learning how to use the power of your emotions, but figuring out how to present it in a way that makes it okay for someone else to take that on board as being their message.

"My Father's Eyes" was the hardest song to record on the album. It was one of the first songs, along with "Circus ," that I wrote after my son died. And it was the last one that I could let go of. In fact, I found "Circus" a lot easier to let go of. "My Father's Eyes" went through five incarnations in the making of this record, and I would veto it each time and say each wasn't good enough.

In retrospect, I question what I was up to, because at the time it was purely from an artistic point of view that I said, "it's too fast," or "it's too jolly," or "it's too sad. " Now, I actually think subconsciously I just wasn't ready to let it go, because it meant -- on some level -- letting go of my son.

Did writing and recording "My Father's Eyes" and "Circus" help you cope with the loss of your child?

Music was very important. Talking about it with friends and seeking professional help were also crucial. Confronting it head-on was the best thing for me. It was very important that I be responsible, because there were others besides myself who needed comfort.

"River of Tears" is perhaps one of the most passionate vocal performances of your career. Given the personal nature of this album, can we assume that it, too, is autobiographical?

"River of Tears" was recorded very early in the Pilgrim sessions, and I can remember thinking, "This is as good as anything I've ever heard myself do." In fact, it became the standard for the rest of the album. I didn't want anything else to fall below that.

Lyrically, it is about a specific person. My impulse for writing the song was initially very manipulative. I was always toying with the idea that when she'd hear this song there would be a reconciliation or something. It had a purpose.

And then it started getting vindictive. It got quite vindictive in some of its early stages, and at some point I started feeling like the lyrics were becoming too melodramatic. I realized that the way to save it was to bring it back to talking about me, and that maybe I'm an unavailable person, maybe it's me that's unavailable. That whole thing in the song about just drifting from town to town and not really being able to fit in takes the blame off somebody else and places it on myself.

Your ability to question your own motives sounds like a therapist's dream come true. How did you sustain such honesty on the album?

Working with a partner makes that possible -- especially if it's someone who knows what you're up to. If Simon thought I was being dishonest with my lyrics, he would call me out and say, "I think this is unfair," and I'd listen and address it. On that level, our partnership is as fruitful as anything I've ever experienced.

Your guitar playing is somewhat subdued on this album, but one track where you really let it rip is "Sick and Tired." The song is built on a Texas-style shuffle rhythm, a Ia Stevie Ray Vaughan, and the vocal and solo are very much in the style of Jimmie Vaughan. Is this a tribute to the brothers?

"Sick and Tired" was done purely for fun. The riff came first, and I just thought of the Vaughan brothers. I told Simon to program a shuffle and exaggerate the backbeat so it would sound like a Texas-style groove. I then began improvising these silly lyrics, and thought, "Well, I might as well make it a song now." It's like a spoof, really.

I'm not sure how you may take this, but we thought the vocals and playing on "Sick and Tired" sound more impassioned than any performance on your blues tribute, From the Cradle [Reprise, 1994].

Funnily enough, I think that the bit of irony in there gave me the license to carry the anger of the vocal. I remember going into the studio and singing that with a lot of anger. Quite hard. But since there was irony in the lyrics, that made it okay. It didn't get overindulgent.

Thank you for reading!